Hutch Mansell (Bob Odenkirk) is a former “auditor” (hitman) who has settled down into an ordinary routine lifestyle with his wife Becca (Connie Nielsen) and their kids Blake and Sammy. One night, a desperate couple breaks into their house and robs them. Hutch declines to physically intervene since he knew they weren’t a major threat, but Blake is assaulted in the chaos, and Hutch is left feeling guilty for not doing anything.

Hutch tracks down the couple and only gets his watch back but leaves when he sees their sick baby. On the bus ride home, Hutch fights with a gang of hoodlums who harass the other riders. After brutally taking them all down, it is revealed that one of the men is the younger brother of ruthless monster Yulian Kuznetsov, and after learning who Hutch is, he sends his men after him and his family. Hutch kills all of Yulian’s henchmen and sends his family away to safety before going off to burn all of Yulian’s money and buy the warehouse where he worked with Becca’s father and brother to booby trap the place.

After provoking Yulian by telling him he burned his money, Hutch leads the gunmen to the warehouse where they face off against him and his brother Harry and their retired FBI agent father David. The gunmen are killed until it’s just Yulian, but Hutch kills him with a C4 grenade. The police later have no choice but to let Hutch go.

Hutch returns to his family, but it is implied that somebody is still after him. However, Becca seems prepared to help Hutch defend their family. 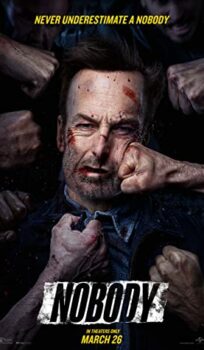