Rose’s Story (Susan Sarandon):
Charlie (Robin Williams) is not a visitor, it’s the spirit of the lonely patient in the other hospital bed in the room where Rose visits her mum. The next morning, her mum appears to be better. Rose is no longer depressed and accepts a date with the doctor.

Mike’s story (Paul Walker):
Artie (Alan Arkin) tells jealous cop Mike that he’s his dead wife, reincarnated. From police files, Mike learns that Artie’s wife died in an accident related to Artie’s jeaslousy decades ago. Mike learns from Artie’s son that he has done this every christmas, because of guilt. Mike “forgives” Artie. Mike apologizes and reunites with his hot girlfriend Nina (Penélope Cruz), who anounces him that she is pregnant.

Jules’ story (Marcus Thomas):
Jules arranges to have his hand broken so to have a christmas party at the hospital, like he had when he was 14. The doctors get suspicious and force him to see a psychiatrist. He tells that he was in the hospital when he was 14 because his dad had beaten him up. 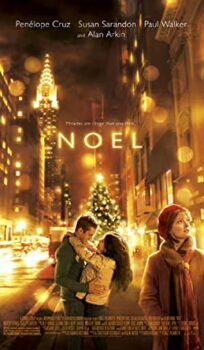