The UFO is the alien.
After eating Ricky and his audience, OJ, Em, and Angel team up with filmmaker Holst to capture a video of it on an IMAX film camera. Unfortunately, Holst gets eaten, and Angel becomes incapacitated. Em releases a helium-filled balloon and (somehow) is able to activate the Winking Well to take a photograph of it with flash (the alien is supposed to shut down all technology, but maybe those lightbulbs were far enough down that they didn’t get affected). As the alien flies away, the balloon bursts, killing it.
Em and OJ presumably sell their footage, and the “Oprah shot” photo. 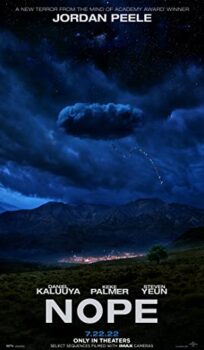