Sean McLennon (James Caan) is a mining baron with a murderous way of doing business. Every time a new person in the town of Nome, Alaska stakes a mining claim, he has his hired guns murder the claimant and then buy the deed at auction. On top of that McLennon, as president of the mining association, has made it illegal for foreigners to have claims, giving him a monopoly.

His latest target Hudson (Christopher Lambert) escapes assassination, and confronts Sean in an effort to reason with him. Instead, in desperation, Hudson kidnaps Sean’s wife Sarah (Catherine McCormack). Sarah learns of her husband’s actions but refuses to believe them. She only does after he irrationally accuses her of being unfaithful, murdering several of his own men, and witnesses him executing the Sheriff and members of the U.S. Army.

Hudson kills Sean’s final two men and appears to die via drowning. Sean returns to town, claiming his wife was killed by a savage, and that his way of doing things will continue to the delight of his supporters. However, he is soon arrested for multiple counts of murder, as his wife, disillusioned by his actions, turned him in. Furthermore, his act of denying foreign claims is overridden by Congress.

Hudson returns to town, only to find Sean killed his guards, going after Sarah. Sean tries to kill her but Hudson arrives, and stabs him the back with a dagger. 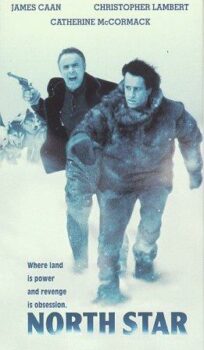