With help from a guardian angel (Bruce Willis) who had been following him the entire time, North (Elijah Wood) realizes that his birth parents are the best parents for him. When he arrives home the day of the deadline, he finds the unscrupulous Winchell (Matthew McCurley) waiting for him, who tells him that his parents are waiting at his “secret spot,” which is the furniture store at the mall. He finds them there, but as they reunite mere seconds before the deadline, Winchell’s henchman Al (Robert Costanzo) shoots North…..

…..causing North to wake up in the furniture store. Everything he experienced was just a dream.

A furniture store employee – who looks exactly like his guardian angel – gives him a lift home. His parents hug him and tell him they were worried sick about him, and North knows now that they do care about him. 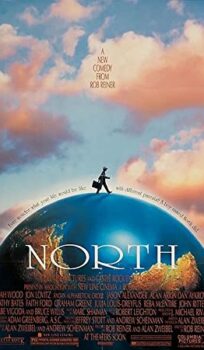