Despite an all star cast, this movie is largely forgotten.

Lucas Marsh (Robert Mitchum) is a medical student with financial difficulties. His alcoholic father (Lon Chaney Jr) squandered the money that his mother had left for his education. His wealthy classmates, Boone (Frank Sinatra) and Bundage (Lee Marvin), do not understand his concerns. He discovers that an older nurse has a lot of money in the bank, so he marries Kristina (Olivia de Havilland). Marsh admits to Boone that he is only marrying her for the money. She pays his medical school. Dr Marsh is brilliant, but he is also arrogant. He is rude with his professors and his friends when they make a mistake or don’t know something that he knows.

Dr Marsh takes a job in a small town, working with Dr Runkleman. While he excelled at the science of medicine, Dr Runkleman teaches him the art of medicine. He learns people skills from the older Dr Runkleman. Dr Marsh starts an affair with Harriet (Gloria Graham). Kristina is getting older, and wants a family, but he does not. Kristina gets pregnant, but is afraid to tell him. Her doctor is his old medical school friend, Boone. Boone comes to the house to help her tell Marsh. However, when he does not show up, they learn he is with Harriet. Kristina throws him out.

Dr Runkleman needs emergency surgery. Dr Marsh makes a mistake in surgery, killing Runkleman. Marsh leaves the hospital almost in a trance. The assistant comments that he perfect doctor has now made a mistake and discovered that he too is human. Marsh goes back to the house and begs Kristina to take him back. They embrace in the doorway. 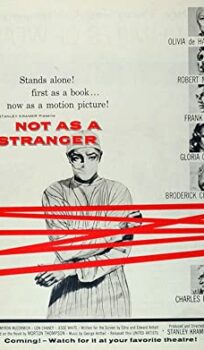