Pooper:
All the girls get married to their true loves (except for Beth, who dies young), and the March family is reunited in their hometown in Massachusetts.

Long Ending:
The four March sisters live together with their mother in their once beautiful home with their mother Mrs. March (Susan Sarandon) while their father fights in the Civil War. They were clearly wealthy at one point, but have fallen on hard times. The two older sisters Meg (Trini Alvarado) and Jo (Winona Ryder) are of dating age, although they much prefer playing dress-up and reenacting plays with their two younger sisters Beth (Claire Danes) and Amy (Kirsten Dunst). Their mother embraces the girls and foster their creativity, with Jo being the most driven of the girls and an aspiring author. Soon, young “Laurie” (their neighbor Mr. Lawrence’s nephew – played by Christian Bale) moves in next door to the March family and becomes their pal.

The girls continue to grow and have various misadventures. Meg and Jo are courted and attend balls, spoiled young Amy almost dies when she falls through the ice while ice skating, in a fit of anger Amy burns Jo’s novel, Beth becomes ill with pneumonia, and the Lawrences grow closer to the March family. Eventually, they get word that Mr. March has been injured in the war and Mrs. March and Laurie’s tutor John Brooke (Eric Stoltz) retrieve him. Upon their father’s return, Jo catches Meg kissing John Brooke. The family is initially upset that Meg has fallen for such a pauper, but they consent to their wedding (but only after John can buy a house). Jo is also upset because Laurie is going to college and she is not allowed.

Four years pass and everyone reunites for Meg and John’s wedding. After the nuptials, Laurie passionately kisses Jo and asks her to marry him. She declines and Laurie goes into a rage, saying he will never get over her. Laurie then takes up his uncle’s offer to work  for his company abroad. Jo is also crushed when she learns their rich aunt has opted to take Amy with her to Europe instead of her as she had planned. Although Jo is sad, Mrs. March convinces her to seek her fortune in New York City.

Some time passes. Jo is enjoying the thrill of New York City and is having short stories published in sensational magazines. She also meets a progressive German philosophy teacher named Friedrich Bhaer (Gabriel Byrne). Meanwhile, in Europe, Amy finds Laurie living a life of luxury and womanizing. Laurie pursues Amy, saying he wants to be part of the March family, but she rejects him. Having been firmly rejected, Laurie decides to take his work seriously to win Amy over, an endeavor in which he ultimately succeeds. Meanwhile, Jo and Friedrich begin a relationship. Jo’s relationship begins devolving, however, when Friedrich tells her that she is capable of writing greater stories than her fantasy novellas. Jo also learns that Beth is deathly ill and returns home.

Jo tries to nurse Beth back to health, but Beth is unable to recover. Beth tells Jo that she is happy Jo is home again, and that Beth is not afraid of dying as she will finally be going on an adventure before her sisters. Beth then passes away, and Jo resolves to stay at home. Meanwhile, John and Meg reveal they are pregnant with their first child. Amy and Laurie also return home, and reveal that they have been married overseas. Jo is not at all jealous and is happy that Laurie found the right March sister to marry.  Jo is so inspired by her homecoming that she writes a semi-autobiographical novel of her home life and sends it to Friedrich.Their aunt also passes away, leaving her opulent house to the March family.  Jo agrees to stay and run a school at the home.

The film ends when Friedrich shows up in Connecticut. He brings news that his publisher-friend is publishing Jo’s novel in full. He goes to leave, but Jo chases after him and asks him to stay and run the school with her as her husband. Friedrich initially rejects her, but then admits his love and the two share a passionate embrace, ready to live out their lives with Jo’s family completely reunited. 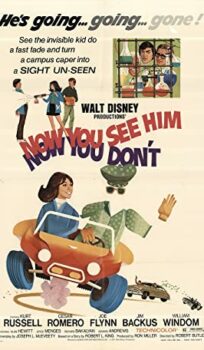