Of Mice and Men

Lennie has a problem with his “animal friends;” he pets them too hard, and ends up crushing them to death when they struggle to escape. Curley’s wife meets the same fate. Curley pulls together a mob of his workers to lynch Lennie, but George finds his slow friend first and renews their old conversation about the place they’ll own one day. As Lennie distractedly daydreams about tending the rabbits, George shoots him in the head. 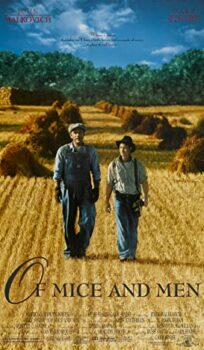