Master Sergeant Dix (Fred Ward) is the killer of the prostitutes. It started years before when he was denied a promotion by his general because of being of working class origin.To punish him, Dix murdered the foreign wife of the general so he could feel Dix’s pain. He kept killing, though taking a break for a few years, before resuming in Saigon. He confesses this all to Sister Nicole (Amanda Pays), before ultimately planning to kill her, as she gave evidence to his subordinates Buck McGriff (Willem Dafoe) and Albany Perkins (Gregory Hines) to figure it all out.

However, McGriff and Perkins, who realize Dix is going after her, arrive and order him to put his gun down. Dix refuses to surrender and raises his weapon. McGriff and Perkins shoot him dead, his body crashing through a stain glassed window to the ground below. 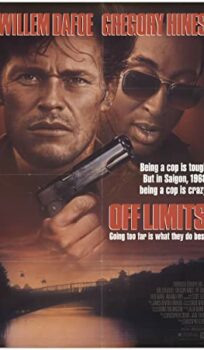