An alcoholic high school baseball umpire Ray Cook (Nick Nolte) catches Dave Tibbel (Trevor Morgan) vandalizing his property. Ray makes him a deal; clean up his property and pose as his son during his 40th High School reunion and he won’t call the cops. A reluctant Dave agrees, and Ray becomes a surrogate father as Dave’s own father Mr. Tibbel (Timothy Hutton) is in a depressive haze due to his wife divorcing him two years ago.

At the reunion Ray reconnects with an old flame while Dave finds out Ray has a son. Later that night, Ray confirms he has an estranged son that due his previous actions as a father and his ex-wife’s influence wants nothing to do with him.

The next day Dave comes by Ray’s house and finds him dead (an earlier scene implied that Ray had numerous health problems on top of his alcoholism). After the funeral, Dave is given one of Ray’s tapes in which he talks about the fateful game that started their friendship; in which he said Dave played a good game and just had some bad breaks. Ray says Dave will have a future in baseball if he keeps at it. The final pitch, which Ray for a moment couldn’t decide whether to call a ball or a strike; it was just barely “off the black.” 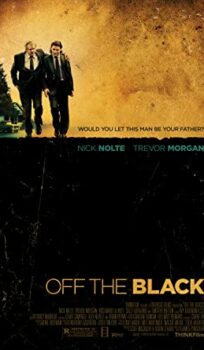