Clay Vanstone (T.J. Miller) is the manager of a branch for a company called Zenotek. His sister Carol (Jennifer Aniston) wants to shut down the branch unless he and his team can score a deal with a potential buyer named Walter Davis (Courtney B. Vance). Clay and his coworker friends Josh and Tracy (Jason Bateman and Olivia Munn) help organize a wild party at their job that gets Walter onboard, only for them to discover he got fired from his own job and can’t work with them, leaving Carol ready to kill everyone’s jobs.

Clay goes off with a pimp named Trina and her prostitute Savannah in a drunken depression. His friends go get him as he tries to jump the Clark Street Bridge, leading to a crash in which Clay takes out the internet all over the city. His friends restore the power using Tracy’s new program, letting them save the city’s internet and their jobs.

Josh and Tracy get together while Clay and Carol are now on better terms. 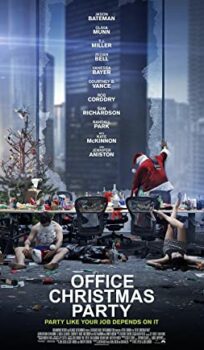