In a post apocalypse world, after a war between machines and men, Omega Doom (Rutger Hauer) is a robot who took a hit that altered his programming and made him moral.

Omega Doom comes to town and finds two rival gangs, Droids (who clank and click) and Roms (chicks with cool sunglasses and modulated voices). Using a fake promise of a cache of weapons buried in the ground, he pits them against one another.

After much combat and betrayal, only the peaceful robots are left. Omega Doom heads out of the now-peaceful town, no richer (but certainly much wiser) than when he arrived. 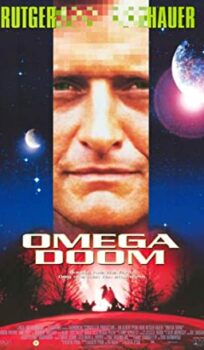