Short Ending:
Norman finally bonds with his daughter, Chelsea. As he and Ethel, his wife, prepare to leave, Norman has a brief heart attack that is cured by a nitroglycerine pill. He and Ethel walk to the lake and say good bye to it together.

Long Ending:
Norman Thayer (Henry Fonda in his final role) and his wife Ethel (Katharine Hepburn) visit their lake-house on golden pond to celebrate Norman’s 80th birthday. Although Norman is kind-hearted, he is often argumentative, strict, and proud. He suffers from memory loss, has heart palpatations, and is generally unhappy to age another year closer to death. They are paid a surprise visit by their daughter Chelsea (Jane Fonda – Henry’s real-life daughter). Chelsea has brought along her new boyfriend Billy Ray and his 13-year old son Billy Ray Jr.(Doug McKeon). It is clear that there is an uncomfortable distance between Norman and Chelsea, and that Chelsea thinks Norman is a total jerk.

It turns out that Billy Ray and Chelsea intend to leave Billy Ray Jr. with Norman and Ethel so they can go to Europe for a vacation, and Ethel agrees. At first, Billy Ray Jr. is upset at being abandoned, but soon he and Norman begin to bond. Norman teaches Billy Ray Jr. to fish, and Billy Ray Jr. begins to adopt Norman’s mannerisms and reads books that Norman recommends. The two go in search of the giant trout Walter, and on one of their excursions, their boat hits a rock and Billy Ray Jr. and Norman end up clinging to another rock for their life after their boat sinks. The pair are rescued by Ethel and Norman seems to not fear death as much and Billy Ray Jr. admits he cares for Norman. They soon return to Golden Pond and succeed in capturing Walter, though they decide to let him go.

Chelsea returns to pick up Billy Ray Jr. and is upset to find that he has bonded with Norman. She begins to curse Norman from afar when she is slapped by Ethel and jumps into Golden Pond to literally cool down. Ethel reminds her that there isnt much time left for her to build a relationship with Norman, so she finally confronts him directly and they affirm their love for each other. Chelsea and Billy Ray Jr.  leave Golden Pond, with a much better relationship with Norman than they had when they arrived. Chelsea also reveals that she and Billy Ray were married in Europe and that Billy Ray Jr. will live with them.

As Ethen and Norman prepare to leave their lake house, Norman collapses with heart pain and Ethel can’t reach a doctor. She gives him a nitroglycerine pill and begs him to stay with her. He eventually recovers and they tell each other how much they love each other. Then, the pair walk arm in arm to the edge of Golden Pond to bid it farewell. 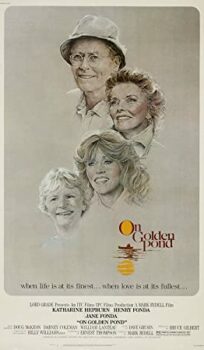