Cassandra (Demi Moore) gets the $3,000 needed to pay the back mortgage on her grandfather’s house from a singing gig that Hoops (John Cusack) and his friends helped promote, but she learns from the bank that Aguilla Beckerstead (Mark Metcalf) – unwilling to see his dream of constructing Beckerstead Estates go down the drain – had already bought the back mortgage, even though her deadline to pay wasn’t up.

Later on, Ack Ack (Curtis Armstrong) suggests that they all enter the annual sailing boat race around Nantucket that Aguilla’s son Teddy (Matt Mulhern) won every year. If they won, they could trade Teddy the first place trophy for the house, since he can’t live without it because his grandfather (William Hickey) would take everything away from him and Aguilla if he didn’t get it. Ack Ack hauls in the wrecked sailing boat from the beach to use as their boat, and everybody gets it into race-worthy condition. Afterwards, Hoops is chosen to be captain, but he initially refuses, due to his fear of boats. However, Cassandra speaks to him alone and tells him that maybe he hates boats because he hasn’t had the right experience on one, and they end up kissing on a boat.

With help from Teddy’s Ferrari that Egg (Bobcat Goldthwait) had installed in the boat, Hoops and company win the race. Hoops tells Teddy that he’ll give him the trophy if he gives them the house, and Teddy takes the trophy, but then tells Hoops that he isn’t giving them the house. However, Teddy’s grandfather gives the trophy back to Hoops and tells Teddy that he isn’t putting a dime into Beckerstead Estates. He then gives Cassandra the deed to the house, since she impressed him with both her singing voice (he had attended her gig) and the friendship she had with Hoops and the others. Hoops and Cassandra are last shown kissing down at the docks. 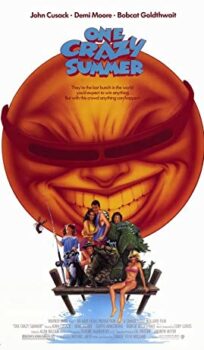