Emma and Dexter first met on July 15, 1988, and started a friendship that weathered many storms over the years.  During that time Emma grew into an increasingly confident and successful young woman, while Dexter’s career spiraled downward, helped by his drug and alcohol abuse.

After about 20 years, Emma and Dexter finally get together and get married.

A couple of years of being together, Emma is hit by a bus and dies, and Dexter falls apart again.  He recovers after listening to his father’s advice to be the man he was when Emma was alive.

Near the end, there is a flashback to Emma and Dexter’s first day together (after their first night together) where they climb a hill that overlooks the city, then return intending to go to Dexter’s flat, only to find that his parents have arrived early, spoiling their plans.  Emma and Dexter kiss passionately and Dexter asks Emma for her number.

The movie ends in present time with Dexter on the same hill, talking with his young daughter (from a prior marriage) about Emma. 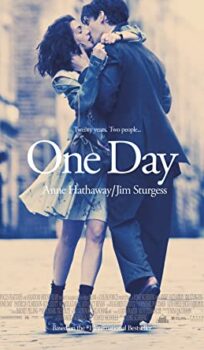