Laid off from her department store job, Stephanie Plum (Katherine Heigl) goes to work for her bail bondsman cousin, finding and bringing in bail jumpers for 10% of the bond. One lucrative case is a cop named Joe Morelli (Jason O’Mara), accused of shooting an unarmed drug dealer while off-duty and having failed to appear at court, with a half-million dollar bond. Plum has a grudge against Joe since she gave him her virginity in high school and he never called afterward; he holds one against her for running over him with her car at some point after their high school date, breaking his leg in 3 places. She desperately needs the $50,000 for his recovery (and is still bitter about the high school incident).

Plum finds Joe quickly, but he easily and repeatedly escapes the inexperienced Plum, and continues to taunt her good-naturedly, calling her “Cupcake.” Joe is innocent; he was going to an informant’s apartment the night of the murder, but the informant was already dead. Joe killed in self-defense though the other gun wasn’t found.

The trail leads her to a murderous boxer Ramirez and his drug-moving manager Alpha (John Leguizamo), a couple of helpful hookers who knew Joe’s informant, and a flat-nosed delivery driver. Plum is helped enormously by a cop nicknamed Ranger who teaches her how to handle a gun and herself, and she is able to bring in a few smaller jobs.

Joe wants to prove his innocence, so he agrees to let Plum bring him in for the money if she helps him find the flat-nosed guy, who was the only witness to Joe’s shooting. He puts a recording wire on her in case they get lucky. They find flat-nose (dead) in the back of a semi along with body of the informant and the missing gun, but Ramirez and Alpha are there. Plum & Joe manage to knock out Ramirez, but Alpha holds a gun on Plum and Joe, whom Alpha forces Plum to handcuff in the back of the semi. Plum is able to get her gun & kill Alpha after he brags about doing the murder Joe is accused of.

Plum drives the semi to the police station with Joe still handcuffed in back, and cheerfully collects the bond money. Joe is cleared because Plum’s wire picked up Alpha’s confession, and he shows up at Plum’s apartment with a cupcake as a peace offering. 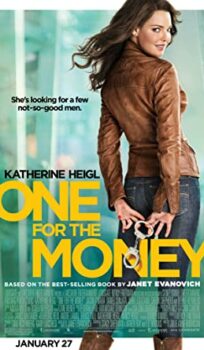