Very similar to the older Bogart film “Conflict”, but not nearly as good.  The plot is made absurdly complicated and contrived in this version of the story.

Daniel Corban calls the police to report that his wife has been missing for three days.  At first, inspector Levine (Jack Krugman) does not take it seriously.  A woman shows up claiming to be the missing wife, but Corban insists it is not her.  Various people, including a priest, claim that they know Mrs Corban, and this is her.  The police think Daniel is going insane, since he denies knowing his wife.

It turns out the whole thing is a complicated plot contrived by Inspector Levine.  He somehow knew from the start that Daniel had murdered his wife.  This is all a plot to get Daniel to go back to where the body is, proving he committed the murder. 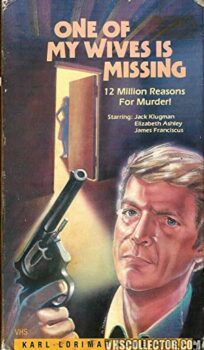