Short pooper:
Kate (Meryl Streep) succumbs to cancer, but it is revealed that she actually died of a morphine overdose. Both her daughter Ellen (Renee Zellweger) and her husband George (William Hurt) are cleared off the suspicion of having assisted on Kate’s suicide. Later, while reminiscing about Kate and seemingly having reconciled and overcome their differences, they both realize Kate probably did it herself, to die peacefully.

Longer version:
Over the course of the film, Ellen gradually shifts her views towards both her parents. She always idolized her father, while holding her mother in contempt for what she perceived as a lack of ambition in life and just settling for being a housewife. However, upon figuring out that George, her father, had many affairs with female students and, later on, turned to alcoholism when neither this nor his writing was giving him any more satisfaction in life, she starts resenting him and even confronts him about it, which he first brushes off, but then eventually admits that he just needed to numb the pain that the idea of losing his wife would cause him.

As Kate’s cancer worsens, a lot of catharses happens between the two women, including Kate tearfully pouring her heart out about how it devastated her that she would not be around to witness the great things still pending to come in the life of her family and letting Ellen know that she had long been aware of George’s flings but just learned to forgive and compromise, as part of her marriage pact. The family ordeal takes a toll on Ellen’s personal life; she eventually breaks up with her boyfriend Jordan (Nicky Katt) and is forced to put her writing job aside, to tend to her ailing mother, although she is later hired by the Village Voice magazine.

Kate becomes permanently bedridden and all but incapacitated; by this point, mother and daughter get to reassure their mutual love and appreciation. One night, Ellen briefly walks away from Kate, looking for something, and returns to notice that Kate has passed away in her sleep.

Interspersed with these events, we see scenes of Ellen being interviewed by a District Attorney (James Eckhouse), who is trying to figure out if either Ellen or George euthanized Kate, since the autopsy revealed an overdose of morphine in Kate’s system. Both Ellen and George are left to believe that the other gave the morphine to Kate.

Towards the end of the film, Ellen and George meet once more by Kate’s graveyard, where Ellen, following her mother’s example, plants daffodils on the ground. They both grieve over her, reminisce over her love and shining life and, in turn, finally seem to reconcile their longtime differences. They also set straight that neither drugged Kate, which makes them realize that Kate must have snuck the pills herself to commit suicide and die as painlessly as possible. In the final scene, Ellen shows George how to correctly bury the bulbs in the ground. 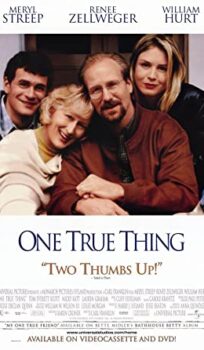