Ian (Tom Holland) and Barley (Chris Pratt) find a spell to bring their dead father back for one day only. The spell is not completed and their father ends up as only legs.

They need a Phoenix Gem to redo and complete the spell. Barley finds the Gem in an old fountain that he tried to save from demolition, but this triggers a curse to create a dragon out of debris that threatens Ian and Barely as they try to complete the spell.

Ian tells Barley that he can have one last moment with their father while Ian slays the dragon and the spell is completed with minutes left. Barley has one last conversation with his father before the father vanishes, but Ian doesn’t hear what they said. 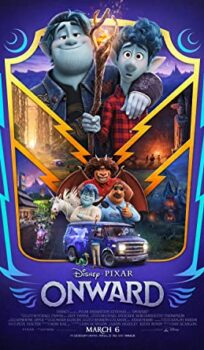