SHORT VERSION:
Cahill, Doyle, Poole, Ashford, and Farley make it to Pleiku Air Base with Bo Tat and her owner Linh, but the former two learn from Major Pederson that their mission to bring Bo Tat to Dak Nhe has been cancelled since the village is now of no further strategic interest to the U.S. military due to the NVA moving their supply trail away from it. The soldiers end up disobeying this decision, taking a cargo plane and parachuting themselves, Linh, and Bo Tat into Dak Nhe just before the New Moon Festival can start. However, the NVA Colonel Nguyen then appears with his troops looking to do harm to them all, but Ashford creates a distraction that gives his fellow soldiers the chance to subdue the enemy platoon, with Bo Tat seizing Nguyen in her trunk.

The festival goes off without a hitch, the quintet of soldiers get lauded as heroes by everyone back at the Pleiku base for capturing Nguyen and his men (which will spare them from being court-martialed), and Doyle takes over Cahill’s position as village liaison as planned, due to them receiving word from Pederson that the NVA has moved their supply trail near the village again. Before he goes back to the Pleiku base, Cahill has a heartfelt goodbye with Linh, and then Linh goes off to play with some of the village children while Doyle watches Bo Tat.

LONG VERSION:
After reaching Pleiku Air Base, Cahill (Danny Glover) and Doyle (Ray Liotta) get informed by Major Pederson (Marshall Bell) that the mission to bring the elephant, Bo Tat, to Dak Nhe has been cancelled because the NVA’s supply route has changed direction, meaning that the village is now of no further strategic interest to the U.S. military. However, the two of them – along with Poole (Denis Leary), Ashford (Doug E. Doug), and Farley (Corin Nemec) – decide to disobey this decision and complete the mission anyway.

Since Pederson also told him and Cahill that the CIA airstrip near the village was destroyed by the NVA three days ago, Doyle comes up with a plan to get Bo Tat into the village in time for the New Moon Festival by bringing her there as a supply drop. He and the others construct a crate large enough for Bo Tat to stand in, and they attach a huge parachute to it. Then, they manage to steal one of the cargo planes by presenting a forged top-secret mission briefing to a couple of pilots and getting them to fly a plane with them, Bo Tat, and her owner Linh (Dinh Thien Le) on board. Bo Tat and the crate are put on a static line, and the drogue is situated to trigger the parachute to open as soon as she is out of the plane.

As they fly to the village, they come under attack from NVA anti-aircraft guns, and some of the bullets puncture the hull and tear the rip cord on Bo Tat’s parachute. The damaged plane gets near the village, but as Bo Tat is sent out in her crate, the rip cord tears apart, leaving the parachute unable to open. Boyle skydives after Bo Tat, and upon grabbing onto her, he grabs the rip cord and then opens his own ‘chute, and the upwards force of it succeeds in opening Bo Tat’s ‘chute. As the good guys descend into Dak Nhe, Captain Quang (Vo Trung Anh) has an opportunity to shoot them, but decides not to, feeling guilty over having killed the first elephant and telling his subordinates that he didn’t join the NVA to shoot elephants. The soldiers and Bo Tat land in and around the village, but Ashford gets stuck in a tree.

Just then, a platoon of NVA soldiers led by Colonel Nguyen (Hoang Ly) show up and force the Americans to drop their weapons. Thankfully, before the NVA can do anything unpleasant to them, Linh, or Bo Tat, Ashford suddenly appears and shoots his rifle off, distracting the NVA and allowing his comrades to get the better of them and subdue them, with Bo Tat seizing Nguyen with her trunk.

The villagers celebrate the New Moon Festival with Bo Tat, and later, after speaking with Pederson via military phone, Cahill informs Doyle that they are heroes for capturing Nguyen and his men (which will spare them all from being court-martialed), and the NVA has moved their supply trail near the village again, so he will be succeeding Cahill as village liaison as planned. Cahill and the other soldiers later begin to head back to the Pleiku base, and Cahill and Linh have an emotional farewell before he goes. Linh then goes off to play with some of the village children while Doyle looks after Bo Tat. 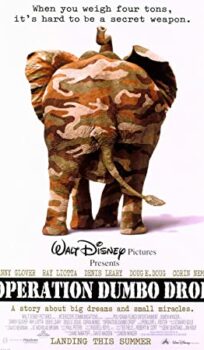