After the orca kills some of the friends and shipmates of Nolan (Richard Harris) and sinks Nolan’s ship in the Arctic Circle, it finally kills Nolan himself in their confrontation, getting revenge for the deaths of his mate and child.

The orca spares the life of Rachel Bedford (Charlotte Rampling), who is eventually rescued by a helicopter, and the orca swims off for elsewhere. 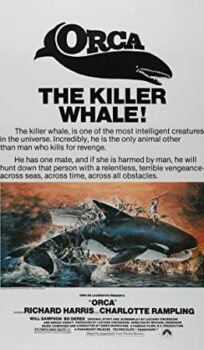