Farm boy Daryl Cage (Anthony Michael Hall) is sent to live with his brother Tommy after his parents divorce. Tommy grabs the wrong bag off the luggage conveyor, containing the heroin stash of drug dealer Roy Gaddis (Jeff Kober). The next day, Gaddis breaks in Tommy’s house looking for his drugs, and kills him and his wife. Daryl sees his brother dead, and finds himself on the run from the cops, Gaddis, and rogue DEA agents. With only a sympathetic waitress Dizz (Jenny Wright) to help him, Daryl tries to stay one step ahead.

In the climax of the film, Daryl and DEA agent Hurley stop Gaddis from escaping to Mexico by killing his pilot Gil (Meat Loaf) and blowing up his plane. In a dark warehouse, Daryl shoots Gaddis, apparently killing him. Hurley reveals himself to be corrupt and out for the drugs, only to be shot dead by the still alive Gaddis. As Gaddis taunts Daryl to reach for the gun, Daryl covertly reaches for his switchblade knife, and throws it into his chest, killing him.

Daryl hands the drugs over to the police, and walks off with Dizz. 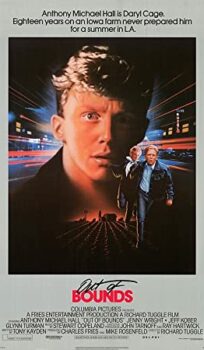