Longer version:
When it already looked like Eddie and Sam were used to -and had bonded with- each other, Shelly returns, looking sickly and disheveled, wanting her son back. Shortly after being told he couldn’t become a legal guardian to the boy because of being a paroled ex-convict, Eddie witnesses Shelly’s abusive -and also addict- boyfriend Jerry (Dean Winters) attack both her and Sam and he intervenes and flees with Sam. In retaliation, Shelly calls the police on him and accuses him of kidnapping.

After driving around for a little while, he calls Maggie (Alisha Wainwright) and asks her to contact Coles (Jesse C. Boyd), to negotiate the returning of Sam without going to jail. He is, nonetheless, arrested upon coming back, and Sam disowns Shelly and runs crying and screaming after Eddie as he is hauled away.

Coles, claiming that “Shelly, in a drug frenzy, had forgotten about Sam being taken for a bite to eat”, has Eddie released; obviously owning up to the debt he had with him for the incident that originally landed Eddie in jail for 12 years. Later, Shelby realizes she will never be able to give Sam the life he deserves and tells him he will now live with Eddie, who loves him and respects him -she decided to give Eddie the full custody-; they tearfully bid each other goodbye.

The movie ends as Eddie and Sam move out of Grandma Vivian’s (June Squibb) house, it having been sold as was stipulated on her will; Eddie returns to his job as a janitor at the school Sam attends; and Eddie and Maggie are looking on good terms in their blossoming romance. Also, Sam gleefully finds out he has been admitted as part of the Fan’s Club for Penelope the Flying Princess. 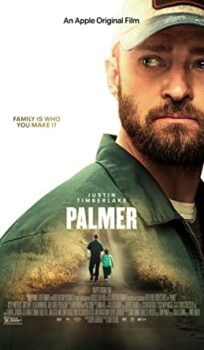