Said and Khaled head back to the site where they were supposed to perform the attack. Khaled decides not to go through with it and calls the cabbie back. Said says he’s coming with Khaled but then pushes Khaled into the cab and tells the cabbie to drive. Said is seen getting on a bus and sitting down with Israelis and the screen goes white.

The conclusion is left up to the interpretation of the viewer. 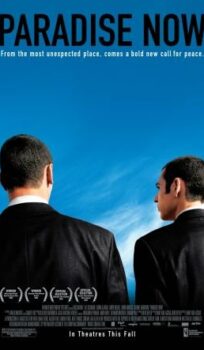