Ben Jordan (Rutger Hauer) never did slay his wife…his drinking buddy…Todd Canipe did. This is because Todd was sexually abused by his pregnant sicko mother, which sparked off his killing spree and hatred for women. He reveals this while forcing Laura (Natasha Richardson) to view his past homicides that he’d captured on his silent B&W camera.

The pair of cops, who had earlier shown up to bring Ben Jordan in over Steve Lundy’s death…come back to see why Laura Matthews needs help only to be both shotgun blasted dead. Just as Todd is about to deliver the fatal blow on Laura, Ben manages to get out of the squad car and engages in a struggle with Todd that carries on outside as Laura snatches up the shotgun and follows them outside.

As Todd springs out from behind some bushes to lunge at Laura with a hunting knife from (prior to a fight with Ben), Ben screams make her swing round to blows open his chest (as Ben looks on in shock). 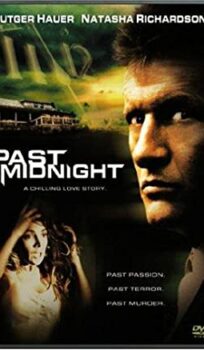