The Professor (Stanley Tucci) let himself be captured on purpose. He and a few of the infected were trying to be caught, as one of them, “Pete Townsend” had a tracking device embedded in his body. Realizing the truth too late, the military and civilians are ruthlessly torn apart, leaving only Morgan (Matt Smith), Gina (Natalie Dormer) and his infected wife Janet (Agyness Deyn) left in the facility.

As they reach the exit, they are confronted by The Professor, who explains that they came to the bunker to kill Morgan; he is their “Patient Zero” as his ability to speak their language and survive the infection with his humanity intact, threatens their dominance. Morgan and The Professor fight, with Morgan impaling him on a steel pipe. Janet gets Morgan and Gina to the exit, then shuts them in, telling Morgan he needs to live, as Gina is pregnant with his child. She cries, tells Morgan she loves him, and then attacks the horde, who tear her to shreds.

Gina and Morgan make it to his motorcycle, and they race off into the night for somewhere safe. Morgan narrates that the human race will continue to fight, and so will he, for the world and his child. 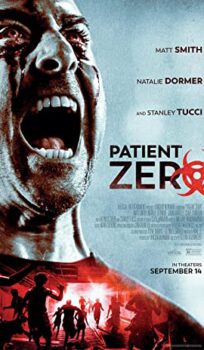