Ryan (Harrison Ford) manages to get his own family, as well as Lord Holmes (James Fox), with the help of Robby (Samuel L. Jackson) and an FBI team, safely out of the house, while Miller (Sean Bean), O’Donnell (Patrick Bergin) and Annette (Polly Walker) follow close. Using one of the two boats Miller and his team intended to use for escape upon completing their mission, Ryan lures the three terrorists away from everyone else by making them pursue him on a boat chase.

O’Donnell and Annette eventually realize that Ryan is just leading them away from Lord Holmes and try to dissuade Miller from carrying on with the chase; but he, driven by the maddening desire to avenge his brother -killed earlier in the film by Ryan, during the first attempt to kidnap Lord Holmes-, won’t hear anything else and shoots the former two dead before continuing to shoot at Ryan and trying to catch up to him.

Meanwhile, Ryan tries to put down a fire started on the fuel compartment by Miller’s bullets; it is then that Miller gets to Ryan and they engage in a fight. Eventually, Ryan gets the upper hand and kills Miller by impaling him on the boat’s anchor; then, jumps off the boat shortly before it crashes against some nearby rocks and explodes.

Some time later, while Ryan and his family are about to have breakfast, Cathy (Anne Archer) receives a phone call from her obstetrician, asking if they wish to know the gender of the baby she is expecting. As Ryan and Sally (Thora Birch) anticipate an answer, the screen goes black and the film ends. 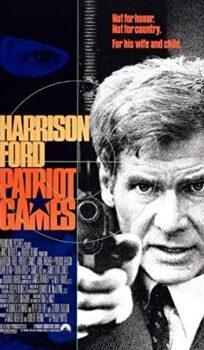