Gen. George Patton (George C. Scott) gets stripped of command for slapping a soldier in Sicily.

After a time in the political doghouse, he’s given a command in Europe, where his brilliant tactics save the Americans in the battle of the Bulge. Patton wants to keep attacking hard, but more political generals keep him from taking Berlin and/or Prague.

Weird “accidents” start to happen, but the movie ends before Patton’s death in 1946. 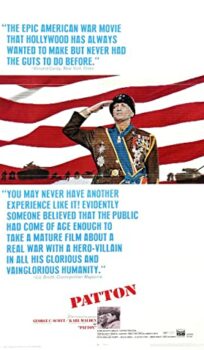