Phoebe Lichten is 9 years old. She doesn’t like herself. In fact, no one in her family seems to like themselves, with the possible exception of her younger sister.

Phoebe loves Wonderland. It’s a place where the world is opposite than her own, in which she deals with compulsions that cause her to mimic people, speak thoughts without filtering, spit, engage in obsessive handwashing, patterned jumping, etc.

Then one day the new drama teacher Miss Dodger (Patricia Clarkson) announces that the school will be putting on Alice in Wonderland. Phoebe tries for the part of Alice and winds up getting it. In the production she finds a haven that lets her escape her seemingly uncontrollable behavior.

Her parents (Bill Pullman and Felicity Huffman) send her to a psychiatrist to help with whatever might be her problem. He gives a diagnosis that we don’t get to hear, but that her mother completely rejects, deciding instead that she is the cause of her child’s difficulty, therefore she must provide the cure. As her mother futilely steps up her efforts to help Phoebe, it puts a strain on the already shaky relationships between her parents and her sister, especially when her behaviors don’t diminish.

Eventually, her mother comes to accept that her daughter has Tourette’s Syndrome, and as a result all of the family’s relationships and behaviors improve.

We are left with the image of Phoebe having an understanding of and a love for herself which had been lacking. 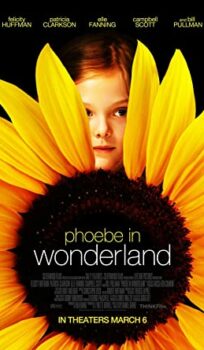