Miranda, Marion and Miss McCraw are never found and circumstances of their disappearance remains a mystery. Irma Leopold is rescued after a few days but has no memory of where she’d been or the location of the others.

Sara apparently commits suicide but it is implied Mrs Appleyard had something to do with her death as she lied to her staff about Sara’s whereabouts.

Also, if you’d like to know the author’s take on the mystery:
(Lindsay left one chapter unpublished in her novel which explains what happens to the girls – this was left out at the request of the publisher and the resulting mystery gave the book more success. The explanation is that the girls and Miss McCraw notice strange phenomena including a ‘hole in space’ and are transformed into reptilian creatures. A rocks then separates Irma and the now lizard-girls, allowing Irma to be rescued). 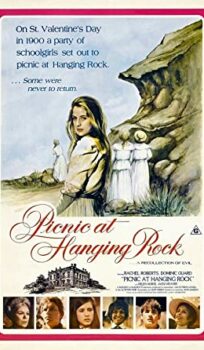