Dale (Seth Rogen) makes the decision to quit smoking marijuana because of what it has done to him, and has an argument with Saul (James Franco) that causes them to separate. He then attempts to reconcile with his barely legal girlfriend, but soon realizes that she is not the one for him, and sets out to find Saul to finish things off once and for all.

Saul is kidnapped by Ted’s (Gary Cole’s) men and taken to a drug complex underground (seen in the beginning as a military testing facility of sorts). Dale and the still-alive Red (Danny R. McBride) go to save him. At the same time, the Chinese cartel invade the complex.

The complex is finally destroyed by a bomb set by the Chinese whose brother was killed by Ted and Carol at the beginning. In the explosion, Ted and Carol are both killed, after which Dale promptly serves Ted his subpoena to appear in court.

After they escape, Dale, Saul, and the truly near-dead Red are seen eating breakfast at a restaurant, then driving off to live happily ever after. 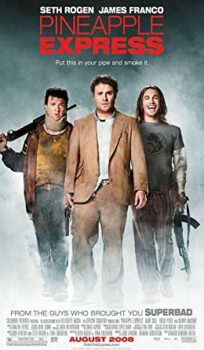