The Bellas all find themselves dissatisfied with where their lives have gone, so they decide to do one final performance for the USO and get the chance to open for DJ Khaled. They find themselves going up against groups that use instruments.

Beca (Anna Kendrick) is met by Khaled and one of his executives after they hear something Beca previously recorded. They only want her to open for Khaled, but Beca hesitates because she thinks the others would feel bad knowing they got rejected yet again.

Meanwhile, Fat Amy’s (Rebel Wilson) criminal father Fergus (John Lithgow) reappears in her life to try and take some money she has in an offshore account. He goes as far as to kidnap the Bellas and hold them hostage on his yacht. Beca and Fat Amy sneak onto the yacht, take out Fergus’s guards and save their friends before Fergus gets arrested. 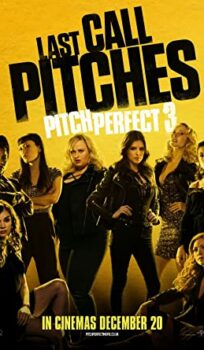