Walker (Lee Marvin) is a gangster shot and left for dead by his partner Reese (John Vernon) during a robbery. Reese also takes Walker’s cut and his wife! Walker recovers and comes back for revenge with the aid of a gangster named Yost (Keenan Wynn) and a sexpot named Chris (Angie Dickinson).

Walker works his way up the ladder of “The Organization” leaving dead bodies behind him. Walker finally gets his money from Carroll O’Connor after which O’Connor is wasted by Yost’s hit man. Yost used Walker to gain power in the organization and tells Walker to take his money. 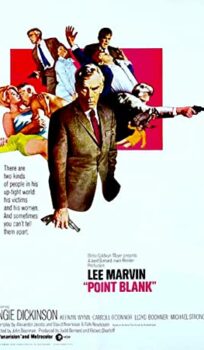