Jeremy “Powder” Reed (Sean Patrick Flanery) leaves the state home after some emotionally trying events and goes back to his real home, which is now empty. State home worker Jessie (Mary Steenburgen) arrives at the house to find Jeremy in his basement room, sad over the loss of his personal belongings. Jeremy’s teacher friend Donald (Jeff Goldblum) arrives soon after, as well as Sheriff Barnum (Lance Henriksen) whom Jeremy reunited with his estranged son at the request of his dying wife and Deputy Duncan (Brandon Smith) to take Jeremy back to the state home. Jessie makes her intentions clear that he was going with her to somewhere else and not back to the state home, which Barnum eventually acquiesces to.

As a lightning storm brews overhead, Jeremy says some last words to Barnum and Donald before making a run for it out into a nearby field, followed by the others. He is struck by lightning and explodes into a ring of energy, which hits the others, and they feel the energy through and through. They all look up into the clearing sky as the movie ends. 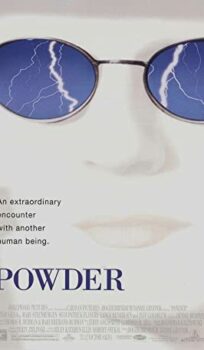