Josh Horowitz’s father replaces Mr. Nicholl as Mr. Anderson’s lawyer. He is extremely intimidating, and as soon as he begins to question Brittany, she immediately spills the truth in front of the whole courtroom. As a result, all three of the girls are expelled. When Randa comes to collect her things, the metal detector sounds when she walks through it but the security guard lets her in anyway. As it turns out, Randa has brought a gun, and she commits suicide in Mr. Anderson’s office.

Thanks to the fame brought on by the court case, the casting directors from Dysfunction decide to give the role of Marie-France to Kimberly (Evan Rachel Wood).

Brittany comes to Kimberly’s house. Kimberly tells her that she’s going to move in with her mother. Brittany says that Josh told her that Kimberly asked him to ask his father to represent Mr. Anderson, which Kimberly confirms is true. Brittany can’t understand why, and Kimberly says that she did it in order to make Troy hate her (which, by the end of the movie, he does). Naturally, Brittany is extremely upset, but Kimberly keeps a straight face. Brittany leaves, calling Kimberly a psycho and saying she never wants to see or speak to her again.

Kimberly turns on her TV, where she sees the episode of Dysfunction in which she is featured. She begins to cry. 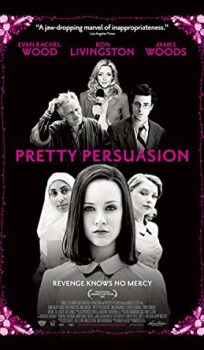