Jimmy (Colin Farrell) and his team of corrupt cops find Angel Tezo through Tezo’s lieutenant, CoCo.  Jimmy beats CoCo in front of his family and threatens to burn his infant son with a hot iron which is when CoCo gives Tezo up. The team finds Tezo but just as they are about to kill him (after beating the hell out of him), Ray (Edward Norton) shows up and tries to prevent it.  Jimmy takes Ray’s gun and kills Tezo with it, saying that he will be a hero.  Ray, tired of covering for corrupt cops, refuses.  In a meeting with Internal Affairs, Ray says that he did not shoot Tezo but will not say who did shoot him.  In an exchange with Jimmy, Ray gives him no look, tipping off Jimmy that he has to sell him out.  Jimmy says that Ray killed Tezo in a violent fit.  Franny (Noah Emmerich), Ray’s older brother, knows that Jimmy is dirty and wants to nail him despite him being head of the unit that Jimmy is operating out of.

The murder of Tezo causes riots in the Bronx especially with the Spanish community.  During a routine pick up, Eddie (a corrupt cop in Jimmy’s team) is shot and killed in a store by the clerk.  Leaving Kenny (another dirty cop), alone to take the fall.  He holds the clerk hostage and this causes a massive riot.  IA goes to Fran Sr. (Jon Voight) and asks where Ray is because they have a warrant for his arrest.  Fran Sr covers for him and tells IA that he doesn’t know.  Meanwhile, Ray and Fran Jr. are going to get Jimmy at Irish Eyes Pub when Fran is called away to handle Kenny, leaving Ray to get him alone.

Ray and Jimmy meet at the bar and fist fight one another, ending in Ray winning but barely.  He arrests Jimmy and moves towards the riot where Fran is.  Fran gets Kenny to give up the hostage and takes him in.

During the walk to the riot, CoCo and a group of dealers catches up with Jimmy and Ray.  A fight breaks out and Jimmy is surrounded by the group.  Ray is held down and forced to watch.  Jimmy gives up the bat in his hands and is beaten to death by the crowd.

The final shot is of Fran Sr., Fran Jr. and Ray walking up the steps of City Hall to give a true testimony as to what happened and clear Ray of all charges. 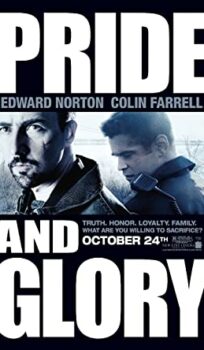