Tim Manfrey (Dominic Purcell) and his cameraman Steven Johnson (Orlando Jones) join an ‘animal’ reporter named Aviva Masters (Brooke Langdon), a couple of croc hunters (one intent on taking the croc alive, one intent on killing the croc) and various soldiers/guards and locals on a trip to South Africa to do a news story on a huge crocodile that the locals have named Gustave.

During the trip, Steven sees and films the execution of a village shaman, which causes a warlord (who was actually the man that greeted them at the airport in the beginning) tries to have them killed.

They hunt and then battle the croc, battle the warlord and his ‘soldiers’, and in the end Steven is killed by the croc and the only ones from the group that make it out alive are Tim, Aviva, a teenage South African boy named Jojo whose is desperate to go to America (and who at one point saved the others’ lives), and a dog Aviva ‘rescued’ early on.

It ends with Steven, Aviva, Jojo and the dog on a plane heading back to America.

The croc (after being shot, stabbed, having attacked a vehicle and supposedly at one point being blown up) lives. 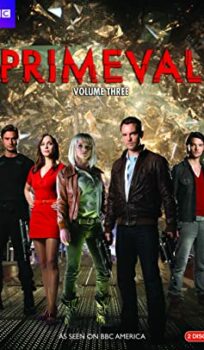