LONG VERSION:
Holly and her husband were religious zealots until their young son died of cancer. Then, they became serial child murderers intent to “wage a war with God” by turning the parents of their victims into grief-stricken demons.

Holly’s husband is the corpse that Detective Loki (Jake Gyllenhaal) finds in Father Dunn’s (Len Cariou) basement. Five years earlier, Holly and her husband had a fight and he left their house. Presumably, Holly’s husband went to confess the 16 child murders and Father Dunn killed him, throwing his corpse into the basement.

Keller Dover (Hugh Jackman) becomes one of those grief-stricken demons. When the police release Holly’s mentally-retarded son Alex (Paul Dano) (who was found alone at the wheel of the RV that was seen on the street the day the girls were kidnapped), Keller attacks him in the parking lot and Alex whispers to him “They didn’t cry until I dropped them off.”

Convinced that Alex knows where the girls are, Keller kidnaps and tortures him in an abandoned apartment complex. Detective Loki begins to suspect that Keller has kidnapped Alex, but can’t prove it.

Keller gets a few clues from Alex and after Joy is found, he pieces together that Holly kidnapped the two girls. When Keller confronts Holly, Holly forces him at gunpoint to crawl into a hole in the driveway where the girls (and the other child victims) were put. Holly shoots Keller in the leg, places a board and a car over the hole and leaves Keller to die.

When Detective Loki finds the tortured Alex, he is ordered by his Police Captain to let Holly know. Holly sees the detective coming towards the house and believing she has been discovered, poisons Anna and attempts to shoot Detective Loki. Detective Loki kills Holly, but is wounded in the head. He drives Anna to the hospital where both he and Anna are saved.

Keller is missing and will go to jail if he is found, since, even though he was correct, he tortured Alex. (Alex, it turns out, was not Holly’s son, but an earlier child kidnap victim that was not killed.) As the cops begin to excavate Holly’s property. Detective Keller hears a faint whistle. Keller uses the red whistle he finds in the hole that Anna has lost (it was really stolen by Holly) to signal for help. 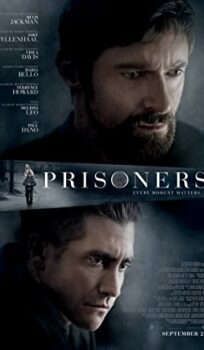