Judy Benjamin (Goldie Hawn), a young girl spoiled by a wealthy upbringing her entire life, joins the army after her husband dies on their honeymoon. She is led to believe by a recruiter that the army is like a vacation, and after arriving in Biloxi for basic training, finds out how far from the truth it is. She has a rough time at boot camp under the leadership of the tough as nails Captain Lewis (Eileen Brennan) and the lack of sympathy from her fellow soldiers. She almost quits but decides to stick with it. She gradually becomes a model soldier and finishes basic training with high marks and the friendship and respect of her fellow soldiers. After graduation, she becomes a Thunderbird paratrooper and then given a post at NATO in Belgium. She seeks out the French doctor she had a one-night stand with earlier in Biloxi and they resume their romance.

Captain Lewis, also working at NATO, tells Judy that the army suspects Henri of being a communist and that Judy has to choose between her career at the army or Henri. Judy chooses to leave the army and moves to Paris to accept Henri’s marriage proposal.

Judy discovers that her fiancée still has feelings for his ex-wife and is possibly sleeping with the attractive maid in his house. Judy also begins to get turned off by Henri’s manipulating side. The wedding takes place in Henri’s house with all of Judy’s friends and family present. Right before the vows are taken, she announces to all that she does not want to marry Henri. She punches him when he calls her stupid and marches out of the house and walks out along the very long road to live her life on her own terms. 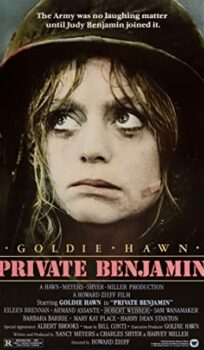