Cassie Thomas  (Carey Mulligan) was once an aspiring med student whose life went down after her best friend Nina Fisher was raped, and after nobody believed their accusations, Nina committed suicide. In the present day, Cassie pretends to be drunk at nightclubs and tricks lecherous men into taking her home before she doles out her own form of punishment.

Cassie starts to date a former colleague, Ryan Cooper (Bo Burnham), who mentions that Nina’s rapist, Al Monroe (Chris Lowell), is getting married. Cassie gets in touch with several people who were complicit in letting Al get away with his crime. First, she targets Madison McPhee, another former colleague who didn’t believe Nina, by getting her drunk and making her believe that a strange man took advantage of her. Cassie also goes after Dean Elizabeth Walker, who did not expel Al because she gave him the benefit of the doubt, by making her think that she brought her teenage daughter to a dorm full of drunk college boys (she didn’t). Her last target is the lawyer, Jordan Greene (Alfred Molina), who forced Nina to drop her case, but because he is remorseful for what he’s done, Cassie forgives him.

Madison confronts Cassie after she fails to answer her calls and messages, but Cassie admits the man did nothing but take her to bed. Madison admits she was wrong in not believing Nina, and she gives Cassie a phone containing a video proving Al raped Nina, but to Cassie’s horror, Ryan was there too as a witness. When she threatens to send the video to everyone in his contacts, he gives her the address to Al’s bachelor party, where she plans to exact her ultimate revenge.

At the bachelor party, Cassie dresses as a stripper to get inside. After drugging Al’s friends, she reveals herself to him and plans to carve Nina’s name into his stomach. Al overpowers Cassie and smothers her to death. His friend Joe helps him get rid of the body.

On the day of Al’s wedding, Cassie’s plan comes full circle since she had prepared for her death and had the video sent to multiple people, including Greene to provide the police with evidence. The police find Cassie’s remains and arrest Al for her murder in front of the whole crowd. Ryan also receives pre-written texts from Cassie to let him know that she and Nina finally got their justice. 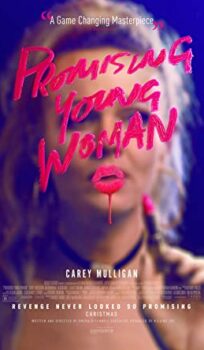