In this harrowing and atmospheric Czech film, reporter Emil Vrbata (Marek Daniel) tries to protect his Jewish wife Hana (Jana Plodkova) from Nazi persecution. An actress who is far more fond of fantasy than reality, Hana gets bored of being cooped up at home for her own good. She sneaks into the cinema on a regular basis with her lover, morphine addict Petr (Tomas Mechacek). While Hana relives her glory days, Emil conducts his own affair with Krista (Sandra Novakova), a journalist.

Compounding the couple’s guilt is their not-so-secret secret: Emil is a mouthpiece for the Third Reich in exchange for Hana’s safety. As a popular radio broadcaster, Emil is expected to promote the culture of Nazi Germany, which he does with surprising aplomb. He becomes a celebrity, but when commanded to read a loyalty oath to Hitler over the airwaves, Emil flees. The Nazis have grown suspicious of both him and Hana.

At the end of the film, Emil makes a bold attempt to block the way for Jews boarding a death transport train – his wife among them. They gaze at one another for the last time with longing and forgiveness. Hana is herded into a cattle car along with her compatriots, and Emil is arrested, soon to be executed or sent to hard labor. No matter how hard each of them tries to pedal against the tide of oppression, it swallows them both. 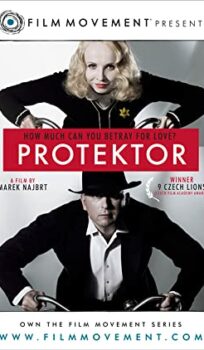