Mary (Taraji P. Henson) works as an assassin for a Boston crime family under Benny (Danny Glover), but she finds herself looking after the son of one of her targets after she feels guilty for killing the boy’s father.

The boy, Danny (Jahi Di’Allo Winston), worked under the boss of Benny’s rival before Mary killed that man too. When Benny’s group is suspected of the murder, Mary kills an assassin on her team to cover up her mistake.

Eventually, Danny learns that Mary killed his dad, but he quickly forgives her. Benny’s son Tom (Billy Brown) kidnaps Danny after Mary kills Benny when he refuses to let her leave this life behind. Mary rescues Danny and kills Tom and all of Benny’s goons. 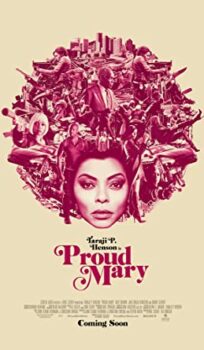