Frustrated and angered by his inability to get racist fire chief Willy Conklin (Kenneth MacMillan) to pay for the damage done to his car, Coalhouse Walker (Howard Rollins) puts together a terrorist team and occupies the library and museum of multimillionaire J.P.Morgan. Walker says he will blow up the museum and all the precious artwork in it if Conklin is not delivered to him.

Famed black activist Booker T. Washington meets Walker, and tries to convince him to give up his quest. Walker laughs at him, and Washington leaves, thinking he has failed. But Walker comes to realize he cannot win. Walker makes a deal with Police Commissioner Walso (James Cagney) to let all of his accomplices get away, but allows himself to be shot and killed by the police. 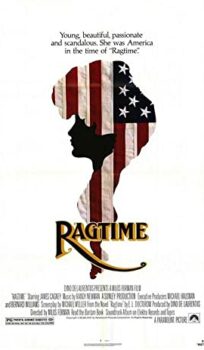