Michael (Michael Fruith) finds his ex-girlfriend Gabi but she is with another man and is less than pleased to see him. When the other man incorrectly believes Michael is infected, he forces him out of their hiding spot.

Michael, Hunter (Theo Trebs) and fellow survivor Anita (Emily Cox) discover that the zombies are sensitive to bright flashing lights. They create a bike filled with those lights so they can get to a boat Michael saw docked. However, in the process of leaving, Michael is bitten and know he will soon turn. He provides the distraction so Hunter and Anita can leave the apartment complex and get to the boat.

As he awaits, he sees Gabi’s new boyfriend get bitten by his zombiefied mother. Gabi has become a zombie as well. In that moment, Michael turns and the two embrace each other in their zombie state.

The final shot is Hunter and Anita on the boat, rowing away as Berlin continues to crumble due to the zombie epidemic. 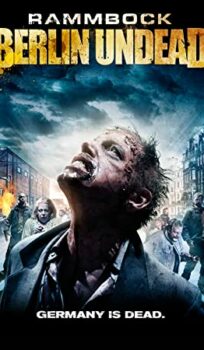