Colqhoun/Ives (Robert Carlyle) and Boyd (Guy Pearce) fight to the death, falling into a bear trap set by Boyd, who closes it around them both. Ives says that if Boyd dies first, he will eat him (and survive), but Ives dies first. Boyd chooses to die rather than continue to live as a wendigo.

Martha sees Ives and Boyd lying together, and walks away from the fort. 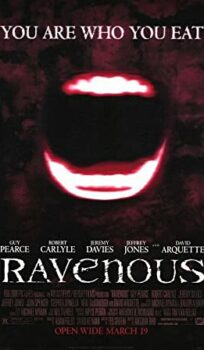