Razorback’s slaughter spree comes to an end, when Carl Winters avenges his wife’s death (and those of Jake Cullen and his grandson), by luring it into a meat processing factor then spearing it with a pole.

Enraged by it’s injury, the boar chases him down a conveyer belt, at the end of which awaits a massive industrial fan. Carl leaps clear…but his boar foe…unable to stop in time, plunges onto the bladed fins; whereupon it’s steadily chopped up, meeting a similar messy demise as did all it’s victims. 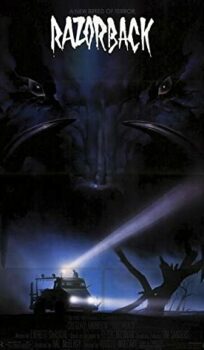