Pooper:
Only Matthews makes it out of the Zone alive. The organized Re-Ans breach the wall surrounding the Zone and a new zombie outbreak begins. It turns out that the Ark is a real thing, and that the people in charge have plans to fight back against the new outbreak.

Long Ending:
In the near future, the world survived a zombie outbreak (the zombies are referred to as “Re-Ans,” short for re-animates). Fortified communities are being rebuilt and television advertisements encourage humans to begin the repopulation process. A reality TV show called “Re-Kill” follows a privatized zombie-hunting police force that ventures into towns to kill any remaining Re-Ans.

The most recent episode follows the R-Division 8 squad. This Division is led by a man called “Sarge” (Roger Cross), who had to re-kill his own son during the outbreak. Amongst others, there is a borderline psychotic soldier named Trent Parker (Scott Adkins), a former nurse whose husband was killed in the outbreak named Rose Matthews (Daniella Alonso), an ex-con named Omar Hernandez (Jesse Garcia) whose prison sentence was shortened after he enlisted, and a religious zealot named Alex Winston (Bruce Payne). Winston believes that the Re-Ans were created by god, will eventually destroy the world, and that god will form a new ark to save those humans worthy of saving.

Criminal activity involving Re-Ans is on the rise. The activity is linked to something called the Judas Project that is located within the Zone. The Zone used to be Manhattan, but was abandoned and re-named after the US government walled most of the Re-ans therein.  R-Division-8 is assigned to go into the Zone to investigate. They find all the scientists working for the Judas Project (located within the Zone) dead. The group is then assaulted by Re-Ans and soon, only the reporter, cameraman, Sarge, and Matthews are left alive. They are rescued by the sole human survivor of the Judas Project.

The group learns that the Judas Project was experimenting on Re-Ans to try to find a cure. This resulted in one Re-An codenamed Elvis gaining a higher level of intelligence. Elvis managed to organize the other Re-Ans and slaughter all the scientists. Since then, Elvis has trained an army of thousands of Re-Ans. The survivors are then attacked once again and while they manage to take out Elvis, only Matthews survives the assault. The Re-Ans then launch an attack on and break through the barrier surrounding the Zone. A new outbreak is declared on the news.

We jump ahead to learn that the ark Winston was talking about actually exists as a secret military facility. Matthews is at the ark and they discuss how to save humanity from this new outbreak. 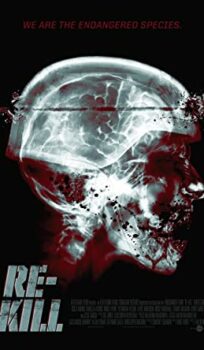