Lisa (Rachel McAdams) obeys the bad guys’ plan and calls the hotel to have the Homeland Security Deputy Director moved to a suite where they can kill him. But after her plane lands, she stabs Jackson (Cillian Murphy) in the throat with a pen, takes his phone, and escapes into the airport. She steals a Jeep and heads for her dad’s house. On the way she calls the hotel back and warns them to get the Homeland Security Deputy Director and his family out. They escape just before a rocket is launched into their hotel suite, and everyone survives. Lisa runs down the hitman at her dad’s house, but then Jackson arrives and knocks her dad out. Jackson chases Lisa through the house, but she gets the better of him him. He finally knocks her down the stairs, where she sees the hitman’s gun. She shoots him once, but he kicks the gun out of her hand. Just as he’s about to kill her, Lisa’s dad (Brian Cox), who has picked up the gun, shoots him again as the cops arrive. It’s suggested that Jackson lives, but is captured. 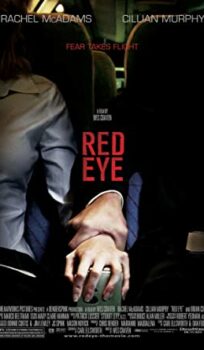