The movie ends with Dominika being decorated with the General and Matron (Charlotte Rampling), head mistress of Sparrow school, in the audience. Dominika is shown at home with her ailing mother, Nina (Joely Richardson). She gets a call and it is ballet music like Nate played for her as a calling card.

Here is what happens to the other characters: 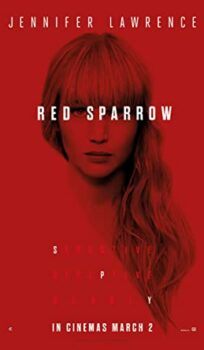