Angela (Emma Watson) has been lying the entire time.

There was no satanic cults, no ritual abuse, and no sexual abuse by her father John (David Dencik). Rather, Angela had come to hate her family so much due to her father’s former alcoholism that she made up the stories so her father would be arrested and she could escape her family for good.

Detective Bruce Kenner (Ethan Hawke) confronts her about her lies, but Angela counters that because they kissed and it was witnessed by her reverend (in a most likely orchestrated moment of manipulation by her) no one will believe him. The case is dropped and Angela loses all credibility with the police department, but she is still able to seek fame for her “survival” in the press. Kenner tells John the truth about his daughter, but John chooses to plead guilty to molestation he didn’t do in the hopes that in doing some time (for his actions while being an alcoholic) that his daughter will come to hate him less.

As Kenner drives away from the prison, title cards state the Satanic hysteria died off after no credible cases were ever discovered, and the use of regression therapy was later discredited by the scientific community for potentially causing fake memories. 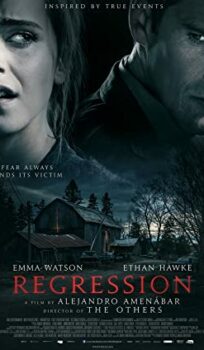